The 2008 Summer Olympics was a major international multi-sport event that took place in Beijing with a total of 31 venues hosting the events. The 2008 Games were the first to be produced and broadcast entirely in high definition (HD) by the host broadcaster and it was reported that over 4.7 billion viewers worldwide tuned into the television coverage. There were 300 Kyland industrial Ethernet switches installed in the power distribution monitoring system, which covered all Olympic stadiums including the Bird's Nest, Water Cube, and many other venues. 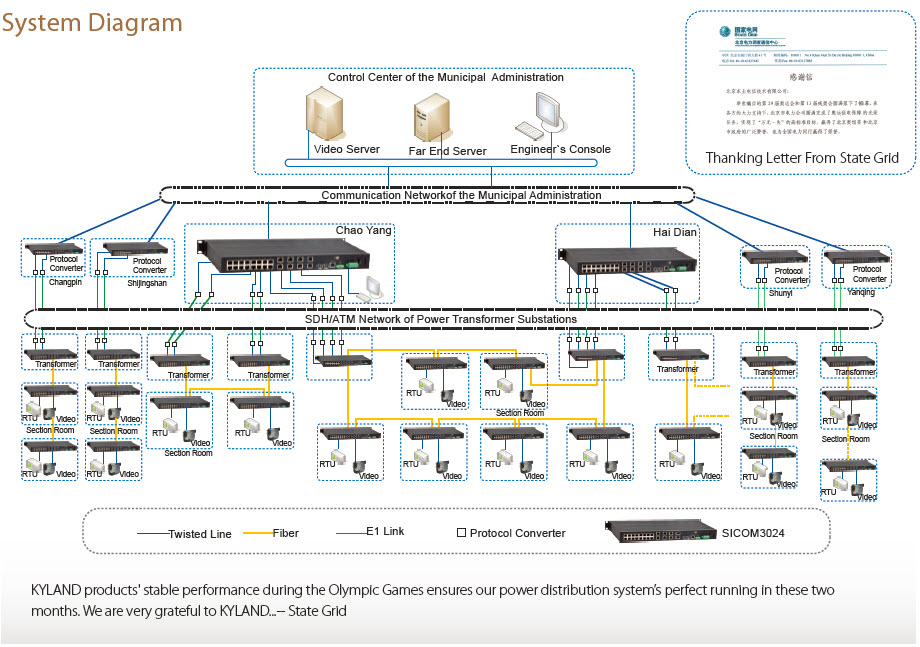 The Beijing Olympics power distribution monitoring system manages the RTU telemetry data and video surveillance data collected from the power substations, cable junction and switching rooms for all 31 Olympic venues including the Bird's Nest, the Water Cube, Beijing Shooting Range Hall, Laoshan Velodrome. The communication and accessing networks were built with 300 Kyland's SICOM3024 industrial Ethernet switches which were deployed in sub-bureaus of Chaoyang, Haidian, Shijingshan, Changping, Shunyi to collect business data and transfer it to the control center located in Qianmen.

Reliable non-stop operation, strong EMI immunity, media fast redundancy, power redundancy, and a wide temperature range were the key selection criterias. Due to the importance of the project, the State Grid had a special critical requirement that the reliability of the entire system was such that all devices wouldn't fail under any circumstances. Exceeding IEC61850-3 & IEEE1613, with a wide operating temperature range from -40 to 85°C (-40 to 185°F), the 300 Kyland SICOM3024 industrial Ethernet switches, which formed the robust network backbone, experienced zero-defects performance throughout the entire Olympic Games. 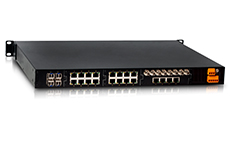